TAP INTO A NEW POSSIBILITY for depression

Depression Isolates. NeuroStar Connects. Not drugs, Non-invasive, Not ECT or "shock" therapy, and none of the side-effects of medication.

NeuroStar uses transcranial magnetic stimulation (TMS) to target key areas of the brain that are underactive in people with depression. It is not ECT (electroconvulsive therapy).

What is NeuroStar Advanced Therapy (TMS)?

During a NeuroStar treatment session, a magnet similar in strength to that used in a magnetic resonance imaging (MRI) machine is used to stimulate nerve cells in the area of the brain thought to control mood. These magnetic pulses may have a positive effect on the brain’s neurotransmitter levels, making long-term remission possible. 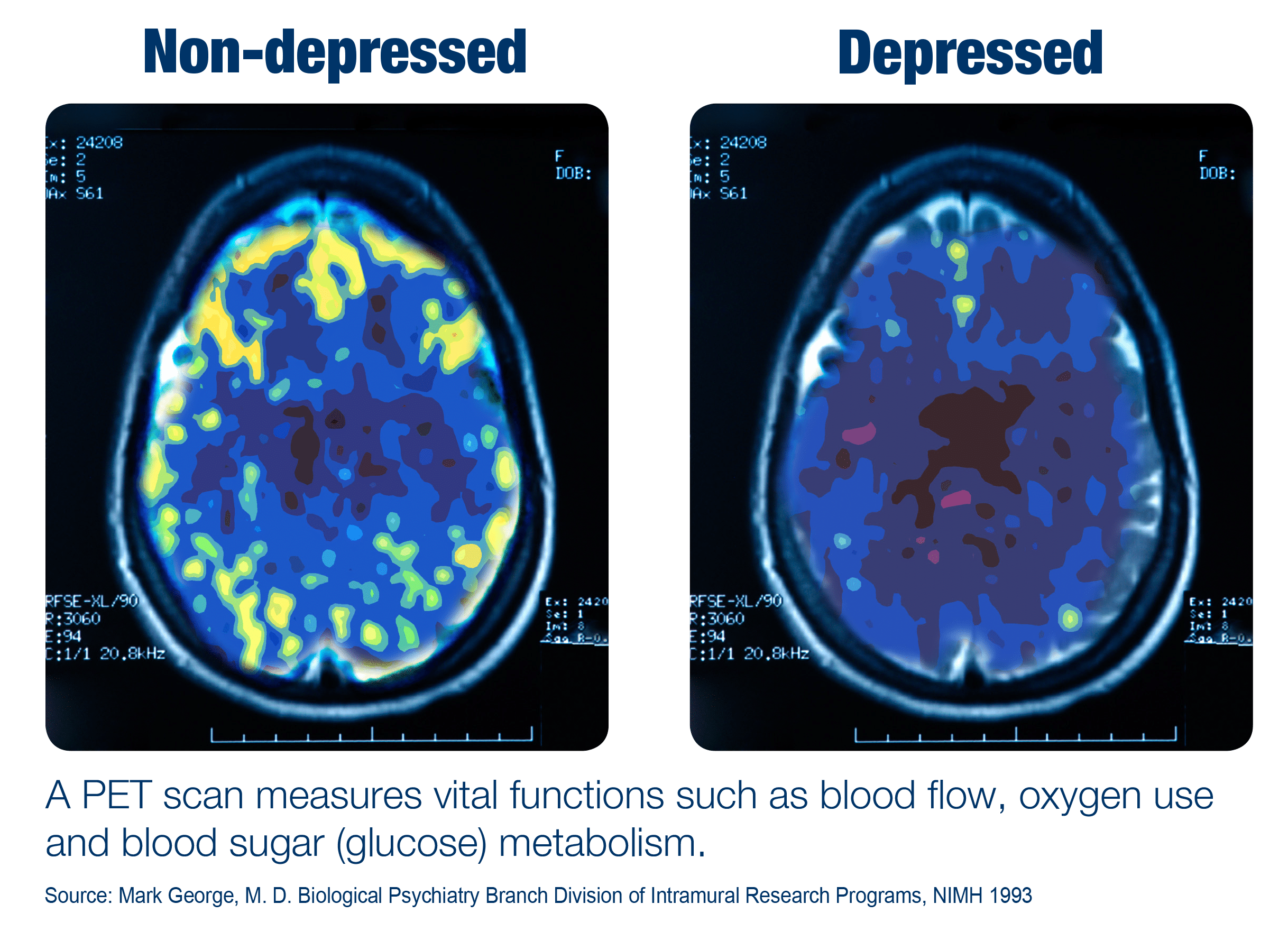 Here’s what you can expect from a NeuroStar Advanced Therapy (TMS) session: 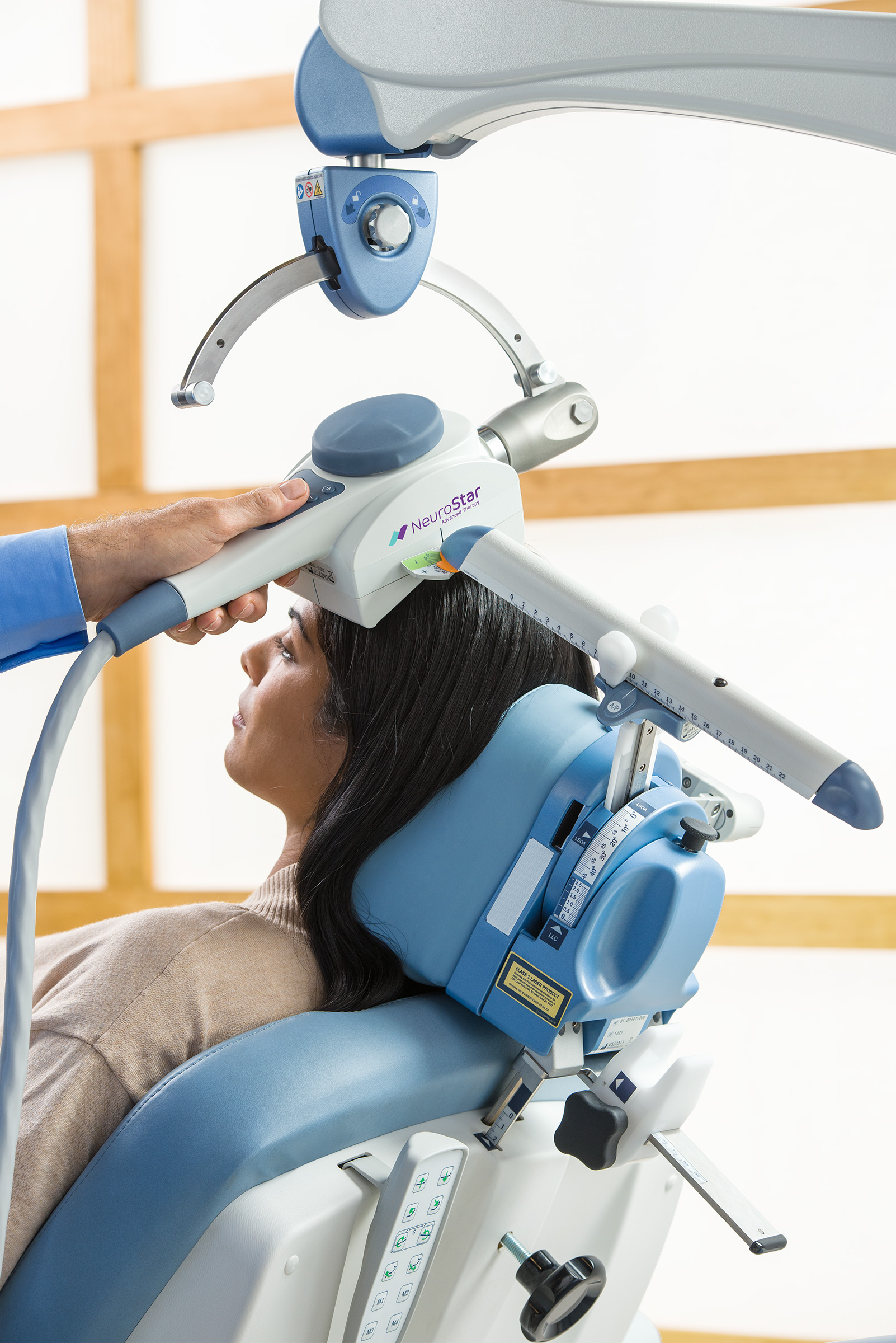 You’ll recline comfortably in the treatment chair. A small, curved magnetic coil will be positioned lightly on your head.

NeuroStar delivers focused magnetic stimulation directly to the target areas of the brain. You’ll hear a clicking sound and feel a tapping sensation on your head.

Depending on your doctor’s recommendation, each treatment takes between 19 and 37 minutes.

You can resume normal activities immediately. Because there are no effects on alertness or memory, you can drive yourself to and from treatment sessions. In-office treatment with NeuroStar TMS Therapy typically takes 19-37 minutes and is administered 5 days a week for approximately 4-6 weeks.*

What is Transcranial Magnetic Stimulation? Transcranial magnetic stimulation, often referred to as TMS is a noninvasive procedure that uses magnetic fields to stimulate nerve cells in the brain to improve symptoms of depression. TMS is typically used when antidepressant medications haven’t been effective, have ceased working, or as an alternative to medication.

How does TMS work? TMS involves delivering magnetic pulses to specific parts of the brain.

How long is TMS treatment? A typical initial course of treatment is about 19-37 minutes daily over 4-6 weeks.

Is TMS Therapy covered by my insurance? A vast majority of commercial and Medicare plans have recognized the effectiveness of treating depression with TMS Therapy and now cover TMS as part of their plans.

Is TMS Therapy a good alternative for patients who cannot tolerate the side effects of antidepressant medications? TMS does not circulate in the blood throughout the body, so it does not have side effects like weight gain, sexual dysfunction, nausea, dry mouth, sedation, etc. The most common side effects reported during clinical trials were headache and scalp discomfort —generally mild to moderate—occurring less frequently after the first week of treatment.

Is TMS Therapy like other alternative therapies that use magnets to treat some illnesses? No. TMS Therapy involves a unique method of using pulsed magnetic fields for a therapeutic benefit. The intensity of the magnetic field is similar to that of an MRI. These techniques differ radically from the popular use of low intensity, static magnetic fields. Those products deliver weak and undirected static fields that are not capable of activating brain cells. The activation and stimulation of brain cells is a key part of why TMS is so effective

TMS on the Daily Show: Comedian Neal Brennan discusses how TMS Therapy did more for his depression than any other treatment (clip starts at 2:30).

We look forward to hearing from you